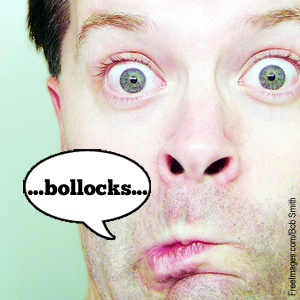 6 months ago I reviewed the progress of my debut self-published novel, ‘In A Right State‘, here. It weren’t pretty.

The second half of the year didn’t go much better, in fact, probably worse.

I contacted a whole load of book blogs for a review with a low percentage of replies or acknowledgements. I sent a couple of hard copies off to real world journalists in a Hail Mary attempt, neither have paid off in real terms, but I did get one thank you, which was nice.

I also entered the world of paid advertising. With a small budget I wasn’t expecting great things but it’s worth an experiment, it wasn’t crazy money. I’ll go into more detail in another post, but suffice to say; the ROI was negative and only a couple of outlets actually resulted in a sale.

I also expanded my reach by submitting my book to other online retailers, you can read more here – ‘In A Right State’ on iBooks, Nook, Kobo and more…. Anyway, this has gained me 4 sales across Google, Kobo and iBooks plus a couple of libraries in the US have downloaded it 4 times too.

All in all, pretty uninspiring.

This is all despite lowering the ebook’s price and getting an ad on Bookbub.

So what lessons have I learnt? I’ll let you know in another post (one of the lessons I learnt is increasing blog post count 🙂 ) but I guess this story of mind-numbing mediocrity is a more common story than we might think because not every author can have a debut bestseller rise up out of the blue. There’s a lot of media/Twitter coverage when someone does get into the top ten of any list but if you look closer, they’re very rarely there on their own, without a gimmick or a ‘backstory’, purely through the merit of their writing alone, for a debut novel, especially a self-published one.

This isn’t bitterness, just a fact. It’s another lesson I’ve learnt. A debut author of any book is swimming against a huge current of established authors, celebrity authors, books that have hit the zeitgeist, books with budgets and great contacts, books with good reviews in national publications and a myriad of other reasons.

This is just the beginning. I’m not a one book wonder, I’ve got 2 others on my hard-drive, finished in various drafts. This is the first few steps into the realm of being a writer and ‘In A Right State‘ is something I’m proud of and it’s taught me a lot about both the writing process and the publishing process, as the first steps into any venture would.

I’m downhearted but I’m encouraged. I can do better next time.

Although if you check out a post I wrote before all this started, Self-Publishing: My goal & defining success, then I’m only just short of what I initially defined as ‘Success’ (Selling 50+ ebooks and getting 5 or more 4/5 star reviews on Amazon).

Whatever happens, I hope to have another book out next year.  Write, edit, publish, promote, repeat. I get a sick pleasure out of it 🙂