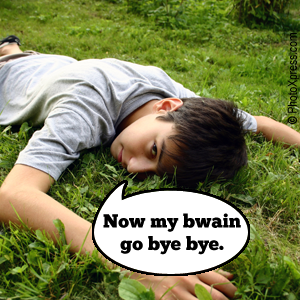 OMG! I finally finished the first draft of Blindsided!

This is my third novel and seems to have been the hardest one to finish. The other two had their moments but this one was like giving birth to a rhino with 9 legs.

I started on 14th September 2012, had my usual late winter freeze with two months of plotting and no writing, I then hit another wall and also had the nightmare of losing 5,000 words. I finished the first half of the first draft at the end of August but then rushed on with a mountain of momentum and finished the second half only 3 months later.

With my first two novels I did quite a bit of research, substantially more plotting and they were more dystopic/speculative novels. Literary sounds too heavy but Blindsided is definitely not sci-fi, I guess you could classify it as ‘Contemporary fiction’.  I did zero research and very minimal plotting, I just dived head first into it. It felt good at first but I soon became lost in the lack of plotting, and without a big dystopic idea to hold on to, I found it harder to make so-called ordinary, everyday lives readable and interesting.

My big fear in going back in for the second draft is; I haven’t.

Finishing this novel’s first draft was also a bit of an anti-climax for some reason. I think it’s because I’ve got a few nagging doubts but the more time goes by, the happier I am with it. I arrived at the finish in a slightly different route to the previous two novels, so maybe I’m having to adjust to that.

Maybe I’ve become more of a gristled, cynical, disillusioned writer and that brief sweet taste of victory at the end is now meaningless. I hope not!

I’m looking forward to the second draft. It’s probably my favourite draft. The first draft is a daily battle against blank pages, the third draft and onwards are basically touching up. The second draft is serious editing, rewriting, fixing, assessing, understanding and the first reading where you know how it all ends.

It’s currently 57,000 words long which isn’t long enough to be traditionally published but I always skimp on description and musing in the first draft, so I’ll be looking to finish the second draft at around 65,000 words.

I’m going to have a break between now and the second draft though. A break from Blindsided but not from writing, I plan on self-publishing my first novel Railroaded. A whole new sphere of headaches, no doubt!