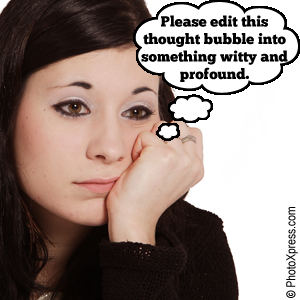 The last thing you want when you finish a race is someone coming up to you describing how they ran a crap race, got a cold only a few days ago, got tripped up, had to stop for a dump, lost a shoe and then tell you how disappointed they are with their time…which is waaay better than yours.

The first draft of Blindsided is finished and before I can pat myself on the back for finishing a manuscript, no matter how shite it maybe, two doubts hit me; am I good enough and am I prolific enough?

The first one hit me reading a book review supplement from a Sunday paper, specifically a review of a novel featuring the break down of a family set against the backdrop of the Russian revolution.

My novel is nowhere near that heavy. It’s not set against the backdrop of anything. When you read it you’re not going to learn any history or much at all, and you’re probably not going to be stroking your chin either.

I’ve got metaphor, development and resolution but somehow I feel a bit deflated against this seemingly deeply moving novel. Stupid, I know. It could be a crock of shit; boring, monotonous, self-indulgent, historically inaccurate, gimmicky bullshit.

I wrote the novel I wanted to write and I’m happy with it so far (as a first draft). I think this reason alone is enough to continue. Not everyone wants to read epic family dramas set against historically significant events; I don’t. Maybe that’s what’s missing in my life.

The other nagging doubt sitting upon my shoulder boring into my ear is; am I prolific enough?

I’ve written 3 novels in about 7 years, roughly 1 every two years. I don’t think that’s too bad. You seem to get serial crime writers doing one per year and some hardcore self-published machines doing one every 4 months or something (I would question the quality at that rate and plan on reading a couple as research into self-publishing my first novel).

Then you get someone like Donna Tartt who writes one a decade. I’ve never read anything of hers (I got my Mum The Goldfinch for Christmas though, so I can pinch it later, don’t tell her that – Donna or my Mum!) but she’s widely acknowledged to be pretty fantastic and this interview with her on Newsnight shows she’s such a lovely, intelligent, stylish and interesting person, how could she write anything but deeply compelling prose?! So am I rushing crap out too fast at 1 every two years? Should I be editing and crafting for a decade?

I don’t know the answers to this. I could write more than I do presently. I could edit harder, be tougher, reach deeper. I suppose we all could.  On the flip side,  you occasionally read a novel which you are sure is not as good as your own and yet it’s been traditionally published in hardback and you think, ‘Oh, was that it?’. Conversely, or maybe perversely, it gives you hope. I had that experience recently.

Maybe the morale to this story is to find a badly reviewed novel which has been traditionally published in the same genre as one of yours and read it. A bit like going up to a runner who’s just crossed the finish line and telling them all about how your own race was a disaster, after you’ve collected your medal, showered and changed.