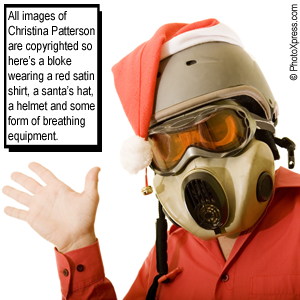 I buy the i newspaper most days. Along with it’s modern web influenced layout, fully clothed Page 3 figure, condensed news reports, a strict one page only of celebrity coverage, keen price and effortlessly Zeitgeisty name, lies a treat. Her name is Christina Patterson.

About once a week, more if the wind’s right, Christina writes the main opinion piece. What I love about her is her writing style, plus she’s right 99% of the time. I’m confident I could pick out an anonymously credited ‘CP’ article at about 20 paces…and that’s just from the first paragraph.

The short first sentence is a must. The long second sentence which goes some way to elaborating more about the first sentence is then required, see above. You mention the focus of your article by name, Christina Patterson, and that is the only person you mention by name. How would she get away with this? Easy. She deftly puts YOU in the place of any third party whom maybe affected by the protagonist.

You could be reading the paper in a breakroom minding your own business or flicking through the i app on your iPad amid plush surroundings or simply flicking through the paper on the kitchen table as you burp your toddler…and Bam! You’ve suddenly been transported into the shoes of someone or a group of people who have been affected by the articles main focus.

An MP, a banker, a media baron, a celebrity, the down-trodden, all of newsland’s spectrum of actors have the spotlight shone on them leaving you in the shoes, big though they may be, of a point of view you may not have fully considered before.

Of course, this isn’t the full scope of her penmanship, oops, maybe I should write ‘pen-person-ship’. Not that Christina is a full-on member of the bra-burning brigade, she has a sense of humour so Political Correctness, European directives and the humdrum of jobsworth bureaucracy can feel her barbs (definitely not a euphemism). Christina will also deal out a complete 180 spin, suddenly you’re in someone else’s shoes, you have to think, ‘Are these the good guy’s shoes or was that the last person?’. This isn’t television, dear reader, this is the age of interaction, you’ve gotta think a little.

Is that it? Christina’s style is not to leave you short changed with only a handful of style quirks, oh no, you’ve also got the casual comma’d asides. Once you’ve been lulled into an easy, conversational piece you’re then hit with the facts. Short. Sharp. Confirming what you feared as you stood helpless in the shoes of the wronged.

Style is superficial. Christina is not superficial. Far from it. Substance without style is boring, uninteresting, drudgery and, worst of all for any journalist, unreadable. Style without substance is not worthy of serious journalism. Christina delivers the Holy Trinity; style, substance and readability.

As you come to the end of this rollercoaster, having forgot about the toddler on the kitchen table or having extended your break to finish her piece, as I regularly do, you steal a glance up at the photograph at the top of the page. Christina gives all those who spend some time with her in the morning a cheeky smile, her barbed tail hidden from view, those passionate views tempered by a welcoming, friendly face.

The short sign-off nudges you on your way whilst the ending ties it all up, linking it back to the beginning and leaving you with an opinion which hasn’t been focus-grouped into banality to further earnings and exposure but built around common sense and fair play.

We may feel anger towards the black hearts of those institutions whom should be whiter than white but we need them and the good people that lie behind the headlines and outside the executive bathroom. And if they’ve got a bit of style too, then you know what?

Things might not be as hopeless as you’re sometimes led to believe.