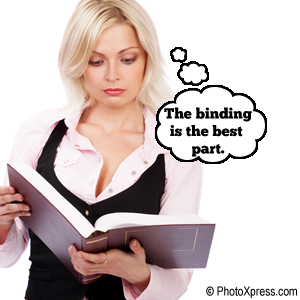 I’m thinking ahead here but I’m going to be wanting some first readers in a few months (I’m pencilling in Easter) but where do they live?

For my first novel, Railroaded, I printed out ten copies of the third draft and handed it out to people; My Mum, Dad, three friends, a daughter of a work colleague who ran a small reading group, an ex-girlfriend and a local activist I found on the internet!

Yeah, that’s right, only 8.  I’ve still got 2 copies sitting here because I really couldn’t find anyone else.

So what were the results?  Well, I got 5 responses, two friends and the book group woman never replied.  Obviously, I still see the two friends but I knew ahead of time they weren’t the target audience as they prefer autobiographies of gangsters and the underworld rather than a near future dystopian corporate conspiracy.  I told them there was a torturous death in it but that didn’t persuade them.

Nearly everywhere says, ‘Don’t give it to your Mum!‘.  This is probably 99% true but I had to show them why I was employed in a crappy job and spending my spare time writing.  They’ve always got a book on the go and both like speculative fiction so they were good readers to have.  My Dad actually said the first chapter needed sorting out because it didn’t grab him enough…I thought, ‘Easy Dad!‘.

But he was right.

I got some good general feedback.  I got loads of grammar and spelling errors, and it was great to talk through the novel with a few different people, but I didn’t feel as though I got a thorough critique.  I’m not scared of being torn apart, in fact I invite it…you know, as long as it’s tempered with some praise!

The feedback from my first novel was encouraging because everyone said it made sense, stayed interesting and read well which are basic fundamentals but it would be great to get more indepth feedback.

I’m super paranoid about my characters, I don’t know why.  Maybe as a reader you’re willing and wanting to fill in the gaps, but as a writer you can only control the words on the page so how is a reader really imagining your character? Where’s that fine line between leaving too much of a gap and over-explaining every little detail?

I like my writing style but I must make a million stupid ‘writerly‘ errors your average reader wouldn’t pick up on but literary agents cringe at.

So where do you go to find first readers?  I’m coming in from the cold here, I’ve never worked in journalism or publishing,  or know anyone that has any experience in writing at all.  I’ve seen online groups where you have to ‘exchange’ crits but this seems too rigid for me, I don’t want to do it every week for 6 months just to get my MS looked at.

I’m up for the exchanging part but not every week, just one off’s, eg.  you look at mine at Easter and I agree to look at yours when it’s ready.

I’ll put a call out on Twitter, hopefully in a few months when a later draft is ready to be seen but until then, let me know how you found your first readers.

If you want to be one of mine, let me know below in the comments or contact me…please!