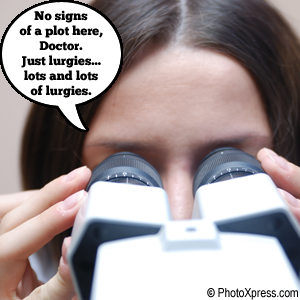 My initial goal this year was to start writing my second novel on January 1st…well, 3 months down the line I still haven’t actually broken ground on it but I have been researching and note taking and thinking and sketching like a madman.

I’m very close to starting, I can feel it.  I’m also realising that my researching is turning into procrastination which isn’t a good thing.  I need to feel comfortable before I start and that means having an idea where I’m going, which means I need a vague idea of the end.  It doesn’t matter if this changes as I go but I don’t feel mentally prepared if I set off with no idea of the character’s motivations, goals or the point of the book.  Like going on a journey without knowing the destination, do I turn right or left as I leave the front door?

I’ve read plenty of articles and interviews where writers love the approach of just going for it; no research, no plan, nothing.  Just type the first word and you’re off.  I’m too organised, prepared and scared to do such a thing.

My second novel is going to involve Genes, Genetics, DNA, Evolution in some way.  It’s not the focus but provides a background for the characters and story…I’ve heard they’re the important bits.

So I’ve been researching all this stuff with avengeance and loved it.  Mind blowing stuff and there’s so much easily available online that researching back in them olden times of having to use libraries, letters and legwork must have been a real bitch!  Screw that.  I search a few phrases into a search engine and BANG!

I get a world of interlinked knowledge at Wikipedia, I get expert articles at New Scientist and other online publications, I get access to the history of documentary at Google Video/YouTube/iPlayer and I get a front row seat at the lectures of world renowned scientists, philosophers and all round eggheads at TED and FORA.

There’s no excuse for me to NOT write a great novel, right?

I’ve entered this wealth of knowledge with a basic idea or two to guild.  All this research does is make sure I don’t make a complete pigs ear of the basic ideas of genetics and evolution.  There’s no plot ideas amongst all that research but there are boundaries and walls put up by facts which keeps your ideas in the realm of reality.  There’s also the new stuff you learn, giving you new avenues to explore or allowing you to develop existing ideas.

So I’ve researched, I’ve sketched out plot ideas, I’ve got the main characters in my head, I’ve got an overall point to the novel, I’ve got the first chapter worked out…so there’s nothing stopping me, right?

Errr…hang on.  I just want to check one more thing, read one more article and watch one more lecture, I think it could hold the key.