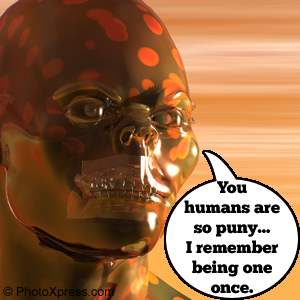 I submitted a short story to Strange Horizons, an online speculative fiction magazine, and reading their thorough submission guidelines was an education.

They have a great section called ‘Stories We’ve Seen Too Often‘ which details up to 37 plots which they’ve seen too many times.

Some of them are blatant no-brainers such as ‘it’s all a dream‘ or ‘you meet all your loved ones in Heaven‘.  Others stress that stories revolve around characters and their motivations, not technology, politics, scenery and other inanimate objects.

Worringly, rape and violence against women is mentioned more than once.

Not all plots simlar to those listed are automatically rejected, the list just highlights the fact that if you thought your story idea was original, well, maybe it isn’t.  There’s always a new twist on a familiar storyline.

Just looking through these you immediately think of story that has been successful, eg. “No.37 In a comedic/satirical story, vampires and/or other supernatural creatures come out publicly and demand (and/or get) the vote and other rights, but people are prejudiced against them.” – That’s basically ‘True Blood‘.

“No.6 Technology and/or modern life turn out to be soulless. a) Office life turns out to be soul-deadening, literally or metaphorically.” – That’s ‘Office Space‘, excellently, funny film albeit not sci-fi or fantasy, granted.

So there’s always room to take one of these plots and play around with it, add something new, a twist, a new dimension.  Like True Blood, put it in The South add a mindreader, some sexy vampires and BOOM!

You could probably build an online plot generator out of it, something like this one – plotshot.

So anyway, I carefully read them all and didn’t think my story was ticking any boxes, but who knows?  Maybe I had my ‘Original Plot Tinted Glasses‘ on and the demi-Gods at Strange Horizons are currently reading through it, shaking their heads, readying themselves to update that page with common plotline No.38.