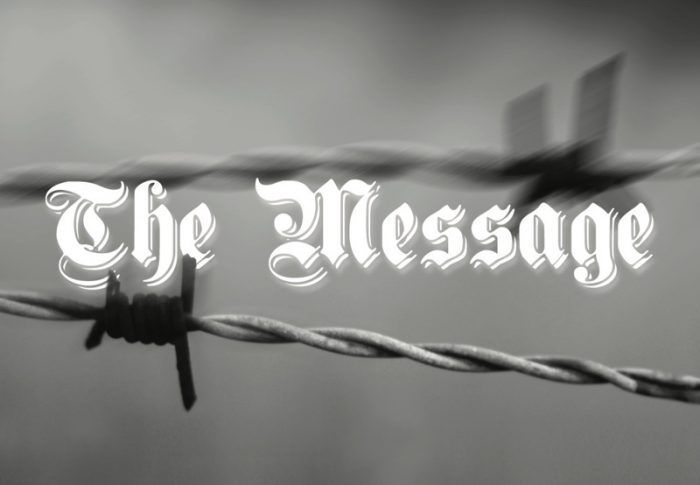 I’ve recently finished the latest (3rd) draft of THE MESSAGE, my WWII escape feature film script, and have sent it off to 3 readers for feedback.

I have a self-imposed deadline of the beginning of April to get the next draft completed so I can go to the London Screenwriters Festival with a completed script in hand, along with my football one, ROW Z, so I can hit ’em with a two pronged attack.

Below is a little image I put together for the website which I’m also going to use for a little flyer to hand out at the festival, so if anyone is half interested I can give them something with an image, the logline and my contact details, rather than relying on them remembering me from a hundred other people that have pitched them.

Below is the logline for THE MESSAGE.

After his family is killed in The Blitz, a British soldier accepts a suicide mission to infiltrate the Nazi atomic bomb program only to discover The Holocaust, now he must escape Germany and tell the world.

Let me know what you think of the logline, the title and the image.