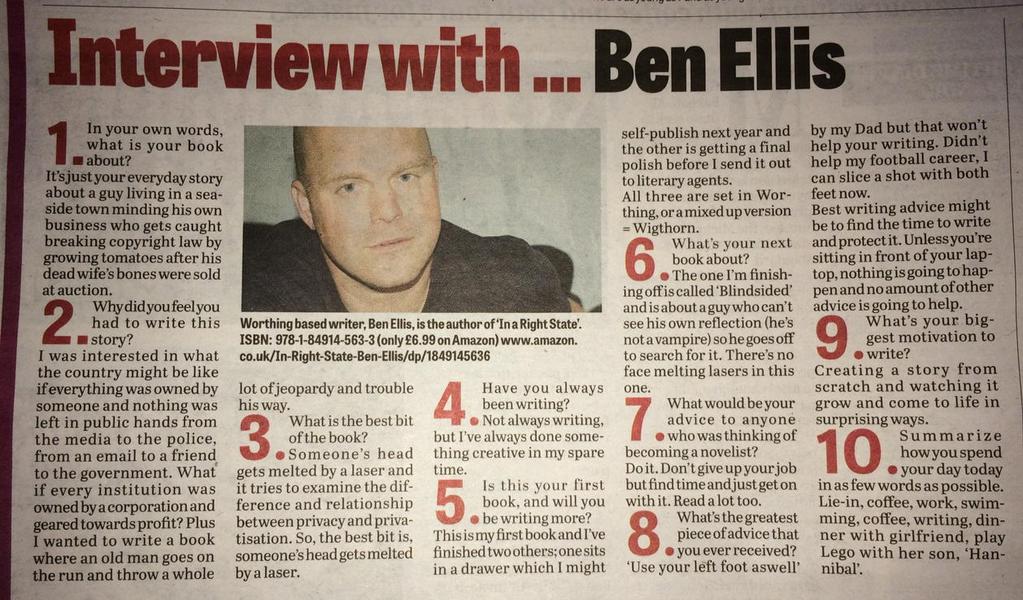 I was featured in last Thursday’s ‘Worthing Herald‘ on the ‘World of Words’ page which features local writers, poets, groups, events, etc.

10 questions to delve deeper into my writing life…leaving a few questions left over.

btw, my girlfriend’s son is not called ‘Hannibal’. The comma and apostrophe’s make it look like her son’s nickname is Hannibal leaving the reader to wonder, rather horrifyingly, “Why in God’s name is this young boy named after a cannibal psychopath?”. He’s not. We play Lego – he then goes to bed – then my girlfriend and I watch the excellent ‘Hannibal‘. Just wanted to clear that up.