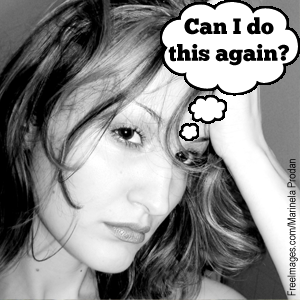 A year on from self-publishing my first novel, what lessons have I learned? What would I do differently next time? What mistakes did I make?

Even though my sales have been pretty poor, I don’t think I made many mistakes. I experimented and as a result there’s a few things I won’t be doing again, but I don’t think I did anything to adversely affect sales. By the same token, I obviously didn’t do much to stimulate sales but therein lies the alchemy.

I did 4 drafts, gave it to about 10 beta readers, redrafted again, gave it to a professional editor for a critique, redrafted, then the editor copy-edited the whole thing. I wouldn’t drastically change that for the next time, I’m pleased with the words that came out the other end of that process.

Beta readers are hard to come by. I recently got my 3rd novel back from some beta readers, about half of which have beta read all 3 of my novels. My general rule is; if they get back to you, use them again. If they don’t, ditch them. They’re just too polite to ditch you.

Paying for an editor is expensive but worth it. The best money you’ll ever spend.

I’m as pleased as punch with my cover, it even won an award! I’m lucky as I know a wicked graphic designer who’s a magician. My advice would be to always use a professional who’s going to create an original cover for you. I see some of these pre-designed covers going for cheap; don’t waste your time. Save your money, exchange services, incentivise a design student, find a new designer who wants to beef up their CV with some book covers, do anything you can to get your own professionally made cover.

I didn’t really give my friend a brief as such as he read the novel and I trusted his instincts and skills, so left him to produce a few rough drafts. We narrowed it down after a few to-and-fro’s, and he came up with the finished article. One tip I would say is don’t settle for something you don’t like yourself. Most of the time traditional authors don’t have the luxury of having a say in the cover, so take advantage of it. You know how you like to receive criticism and opinion from your beta readers, so use that skill/tact to let your designer know what you’d like. Obviously, don’t be a dick about it and trust their superior design talents.

Yes. They have superior design talents to you.

Next time, if my friend would be so kind as to design my next cover then obviously I’d go for that. If not, I’d probably try and find a new designer looking to increase their portfolio of book cover designs.

I’m an ex-web designer so I was pretty comfortable doing this myself, even so, I still made my life easier by buying an ebook template to work from. I went for this one – Crimson – for $47 for print and ebook version. Even with web and Word skills, it was still a bit of a headache…mainly because Word is a huge C&*$…but I digress. If you have no, or very little, Word/web/computer skills then hire someone. For your own sanity, just hire someone.

Doing it myself did allow me to tinker around and add bits I’d never seen in other books, so next time around I would still do it myself as trying to communicate this with someone over email would be a nightmare.

This was the first real step into the unknown and the bit I was most nervous about but credit where credit’s due, Amazon make it easy. Impressively so.

I think my first big error was pricing the book too much (£2.99) for a first time author with zero audience and then using the countdown facility without tying it into a promotion. For example, next time I’d run a Bookbub ad in conjunction with countdown, offering the book for free for a few days to suck people in and help generate reviews.

Not greed but a refusal to give my book away for free because I’d spent money and time on it led me away from this approach, but now I’ve seen the results are limited, I’d give it a go because I think it would pay off in the long run.

I think I’d change my mindset next time. Go for downloads and not income…completely ignore income. I never expected profit but I did want some income, but I think for a self-published, first timer with a limited budget, income just ain’t realistic, which sounds bizarre, counter-intuitive, why the fuck do this at all?!

I’d definitely use eBook Partnership to submit my ebook to the other big retailers once the KDP Select 3 months is up. Great value for money in terms of a time saver plus you get a free ISBN number with it. Next time I’d use them as soon as the 3 months is up. I only found them after about 6 months of launching.

After uploading your book I think this is what you should be spending 99% of your time doing. Getting book reviews. Here’s a blog post I wrote about such endeavours – Self-Publishing: 10 ways to get book reviews.

Pound for pound, it’s cheap, it just takes time and will give you much more in return; mentions on blogs, Twitter and reviews on Amazon. Reviews on Amazon also help you advertise on more selective (and expensive) media such as Bookbub whom require a minimum amount of reviews (8) before accepting your book. They are very hard to get, even more so if you’re a self-published author as many book review blogs don’t accept self-published titles (which I understand the reasons why, but exceptions should be made for professionally edited books, they could be missing out on some cross-genre, commercially untested gems).

Ideally, you want word-of-mouth. You do, bestselling traditional authors do, massive brands do. Book reviews are your most cost-effective way of achieving it.

Be personable, target relevant blogs/reviewers, give your ebook to reviewers for free, then spend every minute you’re online keeping an eye out for a potential target. If you only do one post-publishing activity, do this…as well as writing your next book.

This can suck money out of your budget. Check out this blog post I wrote recently – Self-Publishing: Paid Advertising, Is It Worth It? In a nutshell; only in a couple of instances.

The most fun was trying an offline marketing stunt which got me – Featured in Local Newspaper! It didn’t generate many sales and was definitely a negative ROI, but it was a laugh. You never know, the next stunt might pay off big. The lesson learnt from this stunt was; car drivers don’t really look at signs. Next time I’ll go for a more pedestrian targeted approach.

Being active on Twitter and on this blog may have a positive effect (not that I’ve particularly noticed) but we’ve all come across authors who just spam and annoy. So have a balance between ‘informing‘ and ‘being a normal human‘. I think next time I’ll get more posts lined up around launch time and try to be more active on Twitter.

In conclusion. Pay for what you can’t do yourself and get book reviews. That’s it. Your luck will come from how hard you do these things and how good your book is. I worked pretty hard on doing all these things and didn’t get very lucky, which might mean…

Anyway, there’s always next time. Yes, I can do this again!